A story of Asahina Osamu, a teacher in the Empire of the Emerald Stars

We were almost late.

Of course, we /always/ were almost late.  It would drive Yukika crazy on the easiest mornings.  The way Iruka-chan was always losing her shoes, or Shika-chan needed to adjust the bow in her hair one more time to make sure it was just right.  And I cannot claim innocence...I think I was trying to get the last scores entered for my students’ final exams when my beloved wife declared that the taxi was here and if I did not get off the computer she would just take the girls to Otosan Uchi by herself.

We weren’t late.  But I should never have taken that call.

We’d passed security, each post guarded by bushi sternly checking for radiant weapons, dressed in severe armor of blue and white.  We were waved through easily; an Asahina mon is hardly unsettling, even on flights to the capital.  I’d looked forward to this flight for ages.  A chance for my daughters to see the place where it all began…the very place Lady Doji founded our clan, where the first Emperor made his throne…the richness of our history. I wanted to share that with them.  So many stories.  The Battle of White Stag.  The Second Day of Thunder.  The sight of the first rocket launch.  And now my girls were finally old enough to see it and appreciate it themselves. Well, as much as a ten-year-old and an eight-year-old could, I suppose.

When my communicator vibrated and I saw that it was Doji Shihobu, the headmistress of Falling Crescent Preparatory School, where I worked, I should have ignored the call.  Yukika told me I should…I can see her still, laughing.  “She knows you are on your vacation, Osamu-san.  You can always say you left your communicator with your luggage and didn’t hear.”

“Shihobu-sama? I’m about to get on my flight…is there something I can help you with?”
“Osamu-san….I have wonderful news and bad news.”  Shihobu always sounded like my grandmother.  All our teenagers were her children. But it was an ominous start.

“You have been selected for a special award from the Imperial Court of Rokugan Prime for the title of Best Teacher on the Continent for the year.  It is a tremendous honor, and grants unbelievable prestige to our city and our school.   Congratulations, Osamu-san!”

A thrill went through my chest. I remember my wife mouthing ‘What is it?’ while little Iruko-chan tugged on my leg to tell me the airplane was landing.   ‘Won an award,’ I whispered back, covering the microphone, before turning my attention back to the communicator.
“I’m greatly honored and humbled, Shihobu-sama.  I know you must have done much to advance me for the award. But what is the bad news?”  I may have been a little nervous.

“The city governor wants to have a press conference tomorrow morning announcing the award.   It’s a big accomplishment for the city schools and of course he wants to take some of the credit.”

That made me roll my eyes a bit.  Otomo Benkei wasn’t a bad governor, but he was always eager to put himself in the press’s positive gaze, to better win attention in the Imperial Court.   The matron went on.  “He needs you to be there.”

“But I’m just about to leave for Otosan Uchi! You know how long I’ve waited for this!”  My wife glared at me and the communicator. Iruko started to sniffle.  Shinka even looked up from her book.

“I’m sorry, Osamu-san.  I know you are just heading out…that’s why I called as soon as I heard.  I promise you, we will cover issues with rebooking and have you out on the very next flight after the press conference is over.   I’ll even let you have another day on the end of your vacation to recover from the jet lag if you do this for me.  But you need to be there.”
I could see Yukiko shaking her head, but I just offered Shihobu a curt, “Let me talk to Yukiko-san,” before closing the channel of communication.

I should have refused anyway.  Left the governor to his own celebrity.  Was it Pride, then, that picked my answer?

There was some sort of disturbance up at the gate as an older Yasuki spoke anxiously with the gate guards about pre-boarding, but I ignored it.  “I need to go,” I said simply.  “You know I want to fly with you and the kids, Snowflake, but it’s the Planetary Teaching Awards.  I ought to be there.”

“Work.  You remember we’re taking another day from this trip to for you to present your paper on the cosmological alignment of the kami related to weak and strong nuclear forces in the vicinity of black holes, don’t you?”

“That’s just for fun.  The Isawa Academy invited me, but if it bothers you…”

“No, no.  Look, we can all stay.  We can fly out tomorrow.  We’ll miss the fireworks, but...”
Why didn’t I say yes?  I should have known…  But the girls loved fireworks, and the Tamori display for the Cherry Blossom Festival was the best on the planet. “No, it’s all right.  You go on ahead. The flight’s not that long, and you and the girls can rest, maybe visit the Juramashi gardens...they’re right next to the ryokan.  There’s bound to be a great place to watch the fireworks from there.  Relax and sleep in. By the time you’ve all had breakfast, I’ll be coming in.”

Yukiko leaned in and kissed him lightly on his cheek, heedless of the embarrassed looks from others.  She was always like that…maybe it was her Unicorn ancestry.  “All right.  But if you aren’t there on time, I’ll come flying back to go challenge the governor for stealing my husband from me.”

“Is Chichi-sama not coming?” Shinka asked, her warm, intelligent brown eyes peering up at him from under her big blue bow.

I gave her a tight embrace.  My little deer….as beautiful as a fawn, and as graceful. “I’m coming, don’t worry. You’ll just need to wait for me a little while.  Will you tell me all about the fireworks when I get there?”

“I love you too, Shinka-chan.”

Iruka threw her arms around me, holding my arm tightly before I could extricate myself to return the hug.  “I’ll miss you, Chichi-sama!  I don’t want to go to Otosan Uchi without you!”  Her pigtails bounced.

I had to laugh.  Iruka-chan, like the dolphin she was named for, was all playful energy and excitement,  with a heart to match the size of her spirit. “I will be along as quickly as I can, Iruka-chan.  Be good for your mother. I love you.”

The voice over the intercom announced politely, “Minne-samas, Flight 4162 to Otosan Uchi is now boarding.”

I reached out to grip Yukiko’s hand in my own.  “I promise…I’ll join you as soon as I can.”

“I love you”  Barely a whisper.

As soon as I can.

“I love you too.” A whisper in return.

And then they were gone.   I saw them as they disappeared behind the gate doors, but had my communicator out as soon as they were out of sight.  “All right, Shihobu-sama.  The family is leaving….Let me get my flight arranged for tomorrow afternoon, and I’ll meet you…when?  Hour of the Rooster….where?   Just at the school?  Really?  All right…”

The shuttle gleamed in the sun…a fine katana of electronics and steel shimmering in the sunlight.  I could feel the deep thrum of the kami as they welcomed the fires from within that would spring the vessel into orbit for the flight.  The trees….were so green. The sky so blue.  How could anything have looked that blue?

I could see through the glass the shimmering, dancing forms of the kami rippling up from the craft as it prepared to leap into the air.  I wanted to see them off, of course…but I probably stayed because it was always fun to watch the fire and air kami dance together in the union of power and aerodynamics that was flight.  It was always a joy to explain physics to his younger students…to let them see the dance that was... but it was growing smaller quickly as it ascended.  I began to turn to head towards security….

A murmer drew my attention back.  It was only the finest thread of smoke, coming from the silvery gleam above.  A few calculations…No…And there. A burst of flame and smoke, a round, red cloud in the impossibly blue sky.  White streaks falling from it like the path of falling stars…

I screamed….did I…?  Everything after seemed so hazy.


Asahina Osamu-sama…Can you confirm that your wife, Asahina Yukiko, and children, Asahina Iruka and Asahina Shinka, were aboard Flight 4162 to Otosan Uchi?


No survivors were found for Flight 4162…


In a tragic accident, flight 4162 exploded minutes after takeoff…No survivors have been found.  Among the fallen, noted investigative journalist Yasuki Masu, engineer and writer Asahina Yukiko and her two children, investor Bayushi Hama…

“Yes.  It has been a pleasure for we of the Brotherhood to host you in this time of trial. “

"Indeed.  But…the callings of the world cannot be ignored forever.  We have summons from city governors and daimyos asking when you will return to your school.  A samurai is not meant to stay here forever. Not unless he intends to join us in service and prayer.”

The senior brother pushed forward a handful of letters forward…

There was no dust.  Some of the other teachers had taken time to clean it. Bring over fresh flowers and incense. Air out the rooms. But nothing had changed.   Shinka’s books and drawings of horses.  Iruka’s rainbow parasol and dolls court.  Yukiko…

He opened the first of the letters.  …With deepest sympathies we acknowledge your losses and hope the last year has been peaceful and healing.   Know we all look forward to your return to teaching.  With your awards and merit, Falling Crescent has served…

No.  I can’t go back.  Every day…facing my students…coming home.  I can’t stay here.  I need to get away.

He opened the next. …offer a position at the new Academy of….Best Teacher of the Continent…

From here.  From teaching.

He set the letter aside and picked up the next.

Dear Asahina Osamu-sama,
I have recently had the opportunity to read your research into the reaction of kami to weak and strong nuclear forces and was very impressed.  It led me to your older work on the transference of energy between separate networks.  I had not realized that the accomplished kami physicist who had created the theoretical underpinning for the new overdrive technology was so young at the time he wrote it.  Checking our files, I noted that you had been offered a position in the Imperial Navy Dojo upon your graduation, but you refused to go into independent research and teaching.
If circumstances ever cause you to change your mind, please don’t hesitate to contact me.  Interstellar exploration has great risks, but the rewards are beyond compare.  I believe you can truly be of service to your Empire on the edges of Interstellar space, expanding the boundaries of human knowledge among the stars.
Rikugunshokan Akodo Reichiru of the Imperial Navy.

I set down the letter.

And made the call.

As soon as I can.  I’m coming, Snowflake. 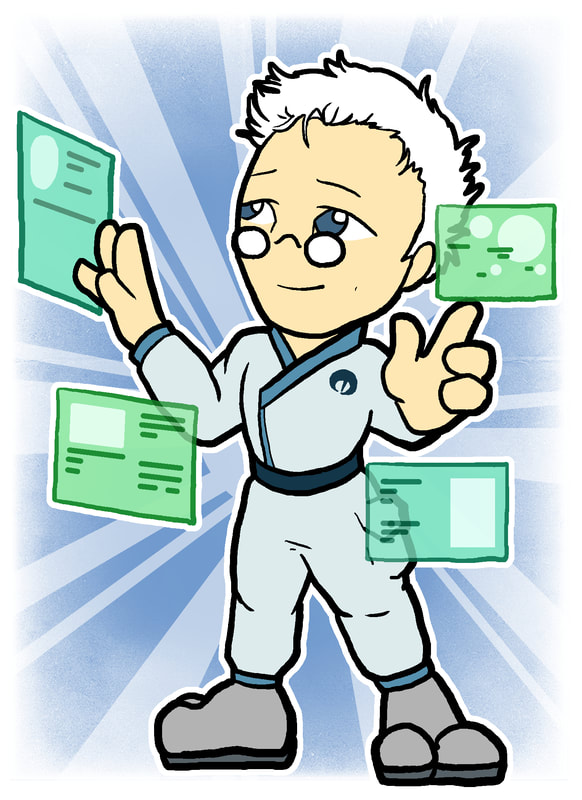