Map of Rokugan
This map was constructed by Trevor Cuba (Kakita Onimaru) and contains all the locations from the Core Rule Book, Emerald Empire, Shadowlands, Courts of Stone, and Path of Waves.

The Core Rulebook reads:  "The Emerald Lands, or “Rokugan” in the tongue of its people, comprise a vast, majestic countryside that stretches nine hundred miles from the pine valleys and snow-capped peaks of the Great Wall of the North mountains at one end, to the austere Carpenter Wall standing vigil along the country’s desolate southern border. Beyond the Wall lies the Shadowlands, a blighted land tainted by the influence of Hell itself, and dangerous for even the most legendary heroes to step foot within. At its widest point, Rokugan measures six hundred miles, from the Sea of the Sun Goddess in the east to the Burning Sands in the west."

Using these measurements, this map was configured for a 1000 miles length and 700 mile width (to account for water and non-Rokugan/Shadowlands terrain).  Each square on the map, therefore, is 10 X 10 miles. 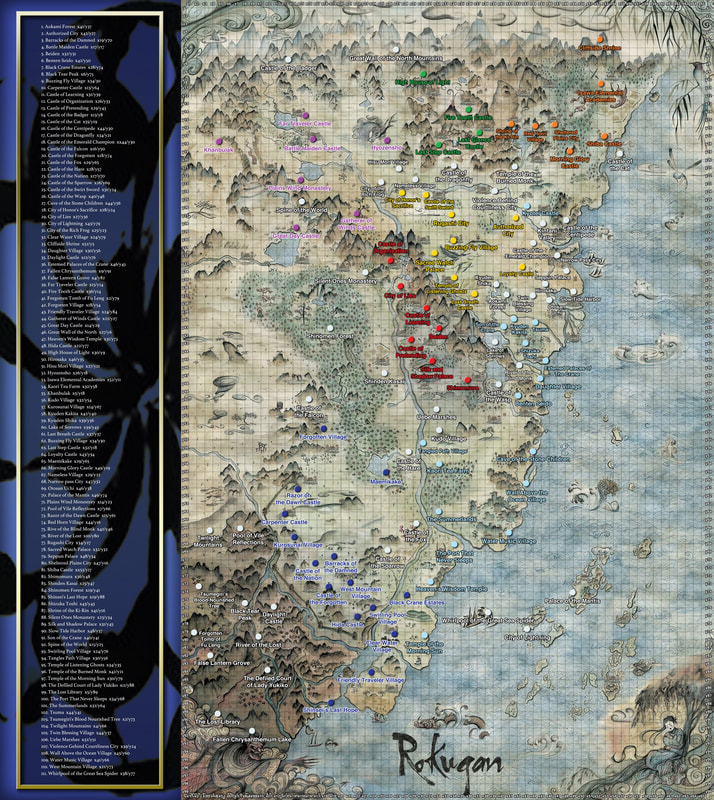