A Typical Village
Villages could vary in size between less than one hundred people to over a thousand.  It had very little layout or planning, and very rarely was walled, though the estate of a samurai household would be walled and in times of attack the villagers could gather behind the walls of the samurai's own house hold, if they did not flee.

Over 70% of Rokugan is given over to wilderness.  Much of this wilderness has been untouched, such as the depths of the Shinomen Forest and Isawa Mori, or rocky hillsides unsuitable for farming.  However, much of this wilderness are areas that have been farmed previously, but the villagers who lived there moved away or were killed due to a tragic event, a war, a drop in the fertility of the land, rumors of a curse or haunting, leadership under an unjust lord, or some other reason.  These empty fields can be worked again, allowing villages to move or grow, or disappear depending on their circumstances.

Below is the layout of a traditional Samurai village.  This beautiful map of the Japanese village of Iwaizumi in Japan was created by Michael Tumey. 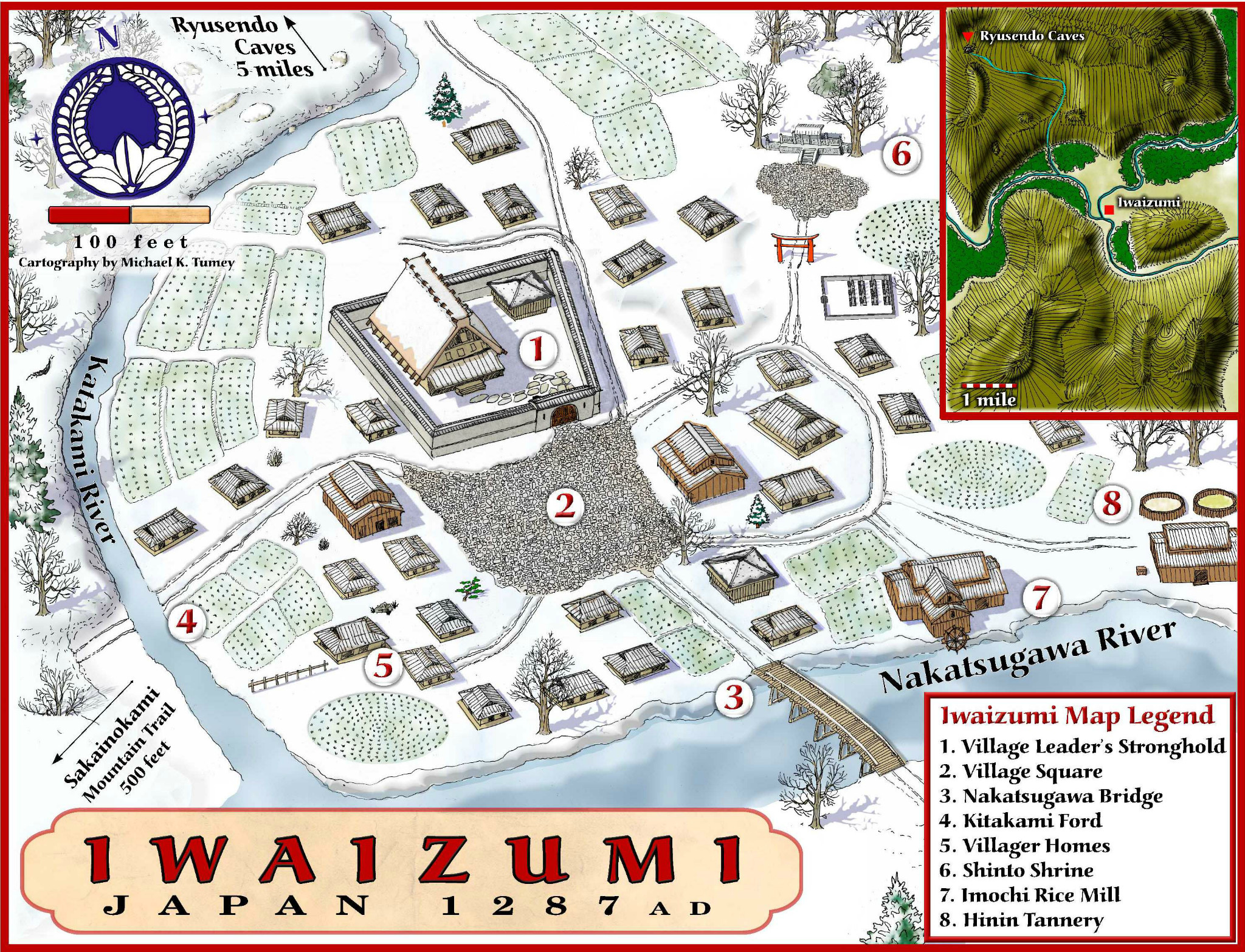 As the picture above shows, there are several areas of importance, and a few not mentioned. Many villages would also have these additional locations
Of course, as the village grows, more residents can make a living in the space, often working the rice fields in planting and harvest, but pursuing other trades such as being a merchant or artisans at other times of the year.  If the village is large enough, some might be able to pursue this other profession all year round.  Some of the craftsmen in a larger village might be:
Back